Home
News
Nordzucker combines Sales and Operations in the Executive Board

Braunschweig. The Supervisory Board of Nordzucker AG has appointed Alexander Godow (55) as a member of the Executive Board effective 1 January 2022. Godow will be in charge of Sales and Marketing. Dr. Lars Gorissen (CEO) has been leading Sales & Marketing on an interim basis following the leaving of Erik Bertelsen in February 2021. In addition, Godow will also be responsible for Operations from the beginning of March 2022.

Production and Sales & Marketing will be combined 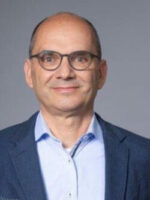